Hey guys!!! It’s KK! Oh my goodness! You guys I have reached 1000 hits!!!! I am so grateful for everyone who has read my blog. If you follow me on instagram ( my account is called @kreativekenza ), you might have seen my story where I am literally losing it.

I can’t believe that it is already March 2019. Doesn’t anybody else feel like this year is going to fast? If you didn’t know, on the 8th of March (which is today) is International Women’s Day. If you know me well or are friends with me, you would know that I’m all for feminism and girl power. In fact , ever since I was little, my mum has called me a little feminist! 😊 To honour all those amazing and powerful women and girls out there, today I will be talking about some of my female role models and women I look up to and I admire. These will be in no particular order, just in the order I type them up. So let’s get started!

I feel like every mum should be their child’s role model,especially if they have a daughter. First of all, your mum went through labour and gave birth to you. It is amazing how a woman’s body is most of the time able to cope with that. And I know that not everyone is raised by their mother but I believe that mothers are one of the strongest of people. I think – actually I KNOW- that my mum is a strong and powerful woman. After she gave birth to me, she was diagnosed with Lupus. Lupus is an illness that affects all of your body. She also has other illnesses including fibromyalgia and Asthma. She is a real female warrior, who has been through a lot and stood strong every time. I love you mum 😘

Michelle Obama is another of my role models as she has inspired lots of women and girls all around the world. She was is also the first black First Lady. She is an incredible woman who really shows woman empowerment. She also is also an author who has written a few books. Michelle Obama certainly deserves to be in this list.

Ada Lovelace was a mathematician and also the first computer programmer. She worked with Charles Babbage on his  invention; The Analytical Engine. She wrote the first sort of code and inspired Alan Turing when he made the modern computer in the 1940’s. Ada Lovelace is also know as the mother of computing.

Rosa Parks is a female and black icon who stood up for her rights and changed the way the world lived. In 1955, Rosa Parks, who was a seamstress at the time, refused to give up her seat to a white man in the bus. During the 1940’sand 1950’s, there was a thing called segregation where white and coloured people didn’t really live side by side. In America, black people would use the back door of the bus and stand in the back. There were seats for white citizens and black citizens.  Once there were no seats left, a seated black person would have to give their seat up to a white person. Rosa refused to do so and was arrested. Because of her, later the law was raised and there wasn’t different seats for different races. I think everyone can learn from Parks and should remember that you should stand up for you rights.

Emily Pankhurst was a suffragette. Suffragettes were woman in Britain who fought for the right of women in order to let them vote. Of course, society didn’t like them and they often went to prison for their protests. In 1903, Emily founded the Women’s Social and Political Union. The WSPU members were the first woman labelled as ‘suffragettes’. In 1918, women had the right to be elected into parliament. 10 years later, women over the age of 21 were allowed to vote. Just like Parks, Pankhurst fought for her rights.

And finally my grandma.

My grandma is definitely a warrior. Before she adopted my mum and auntie, she had fostered many other children. She also got breast cancer in her 30’s and lived through World War II!! Recently, she has had a few heart problems however she is still going strong. And believe it it not, she is 87!!! She is an amazing woman and grandma and I love her to bits. ❤️

That is my list finished. I obviously wish I could mention the others in my never ending list, but I can’t go on typing forever. I may consider doing a few more posts on amazing woman in the past and present. Would you like to have a series on that? Make sure to contact me or to comment what you think. I hope you liked today’s post and that you didn’t find it too long.

So that’s it for today!! AU REVOIR

Hey guys!! It’s KK! I’m back! It has been so long since I have posted on my blog. As you would have already realised, I have changed the theme of my blog. I thought it needed an update. I am now 11 years old and am in Year 6. If you live in the UK, you would know that in may, Year 6 do their SATs. They are tests you take to see how much you have learned and tell your new secondary school where you are at. This means that I will be extremely busy.

Oh! I also forgot to say Happy New Year! 🥳 Welcome to 2019! One of my New Years resolutions was to post on my blog more often. One thing I have been doing is posting a bit more on my instagram. If you would like to check it out its @kreativekenza or if you don’t have an account there should be a button either on the side of my posts or at the very bottom.( it depends on what device you are on ). There is also a widget for my Pinterest. If you look at my instagram feed, you wold see that I have started a bullet journal. It is a journal the you draw and write in. You can be very kreative ( see what I did there ) and you may have a monthly theme . For January, I decided to go with fireworks. I get my inspiration from a YouTuber called Amandarachlee. Her videos are really awesome you should go check them out.

If you read my last post, you would have seen that I had started my Five weeks of food… and I didn’t finish it. It’s was my second attempt and yet again I failed.🙁 Anyway, I won’t be attempting that again but if you have any other ideas let me know by commenting or contacting me. If this post is dragging on I’m sorry.

Also, I would like to mention is that I have reached over 900 hits!! I would literally scream if I get 1000 hits. It really cool to see that loads of people from the world have checked out my blog. That means that I have a diverse, multi-cultural audience.

Another thing, is that this year I have been elected for school council. I am one of three people from my class. Every Friday, have a meeting with the rest of school council from the other years and we discuss the thing on our agenda. This is my second time being school council. I was elected in Year 4. Since we are on the topic of school, I thought I should mention that we have already been on our annual theatre trip. From Year 3 upwards, our school goes to the Royal Theatre in Stratford to watch a pantomime. This year, we watched a modern retelling of Sleeping beauty. It was kind of bittersweet for me as it will be my last pantomime with my class. I will not write everything that happened in the pantomime ,however I will consider doing that for my next post.

Well I think that I have written enough for today. It was really nice to sit down once again and type up my post.

So that’s it for today! AU REVOIR

P.S. Shout out to my friend Eliza who encouraged me to write a new post. 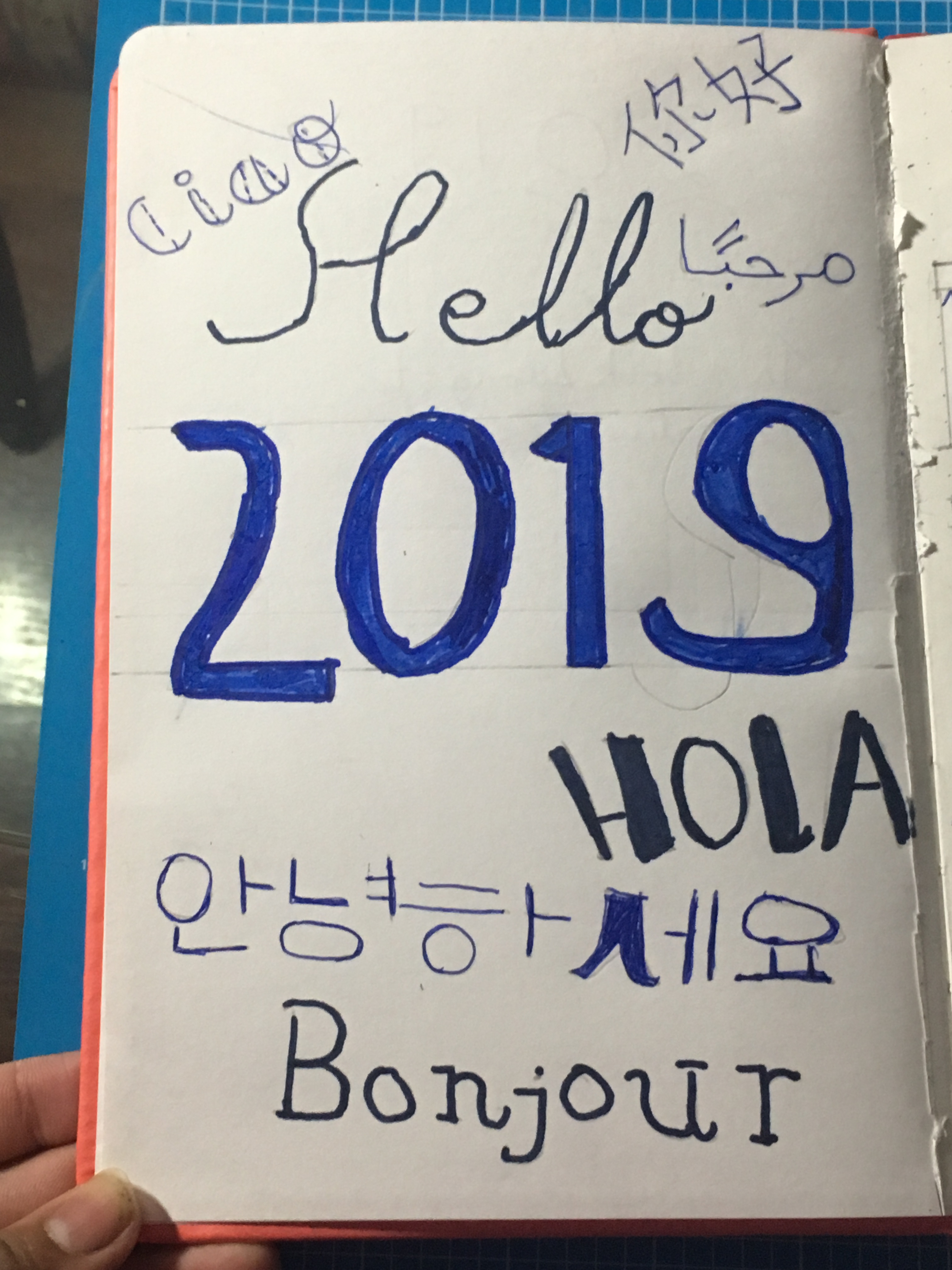